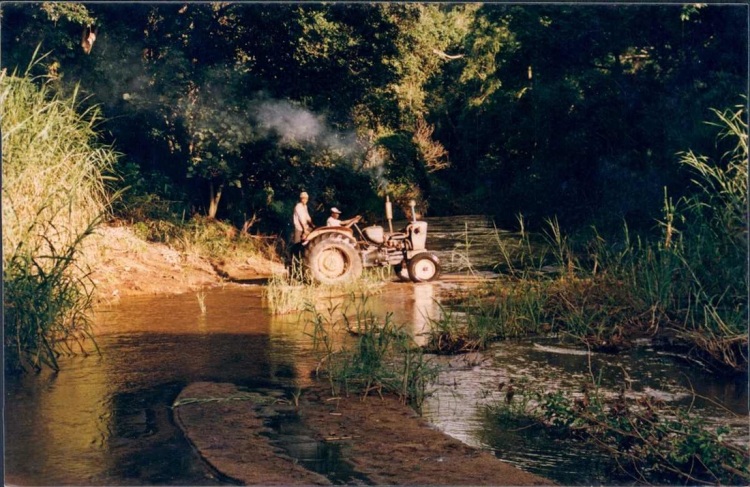 Imagine this: You’re a Mozambican countrywoman and you have to walk quite some distance to get water from a river or find a stream to wash the family’s clothes. And then, when you get there, the water’s a funny dirty red colour and although you don’t know this, it’s poisoned with dangerous mercury.

Owing to artisanal gold mining, parts of the rivers in Manica Province are now so heavily polluted with mercury that nothing lives in them and no vegetation grows on the river banks. Some of these rivers flow into Lake Chicamba, which supplies water to the ever growing town of Chimoio. Should Chicamba also become polluted with this awful poison, it would be a disaster.

How can people do this to such a necessary source of life?


In Africa, with its frequent droughts, water is so precious. I remember how it was when O’D and I first came to Mozambique and the Nhamacoa more than 20 years ago now. A terrible drought held Southern Africa in its grip from about 1992 until 1997. Animals were dying because rivers, dams and waterholes were dry. People were starving because there was no water to grow crops.

In the forest, we had to dig a hole in the dry riverbed of the Nhamacoa River and wait for it to fill up with water. Then, several sweating youths would fill containers with this water, balance them on their heads and trudge up the hill to the house so that we could heat it over a fire and wash our dishes, our clothes and bath. Alberto, our gardener at that time, even managed to grow a lot of vegetables for us with water in this way. As for drinking water, luckily for us, the nearby village of Macate had a borehole with a hand pump and so we would drive over there from time to time to stand in line and then fill up for drinking and cooking water. How happy we all were when our own borehole was operational!

It’s not only in Mozambique, of course, that people abuse their rivers. When O’D and I lived in our beautiful Arrojela in the Algarve, Portugal, we noticed that this happened there as well.

We used to get our water from the stream that ran through our property and used a very special water filter system for drinking water.

One night when I turned the bath taps on, I was amazed to see thousands of little black things pour out into the bath! This turned out to be the residue of the olive oil factory up in the hills above us which had been dumped upstream! For a week or so, we had to buy bottled water to stop our water filter from becoming clogged up and bathed in murky water filled with thousands of little shredded black olive skins.

Of course, there’s a big difference between olive skins and mercury. While bathing with olive skins was probably good for us, mercury is a different matter altogether. It’s a killer.